WeGallery is pleased to present in its space in Friedrichstraße the Fluxus-artist Wolf Vostell with his solo exhibition Berlin Fieber.

WeGallery is pleased to announce the second personal exhibition in its Berlin gallery by the German artist Wolf Vostell (1932 – 1998). The Berlin Fieber show celebrates and continues the decennial cooperation with the artist, which began with Gino Di Maggio at the Galleria Multhipla in Milan in the 1970’s.
Berlin Fieber presents three historical works by Vostell, centred on the city of Berlin, the city where the artist died during a journey: the Berlin Fieber series, from which the exhibition takes its name, the dé-coll/age Der Fall der Berliner Mauer and the file of graphics V40 edited by Multhipla.
The four large works hanging on the wall, which constitute Berlin Fieber, 1973 – scores from the homonymous happening held at the Neuer Berliner Kunstverein in that same year – examine the capital of the then German Democratic Republic, torn by warfare and split in two parts by the iron curtain, like a mirror for an intolerant social reality in ruins. Vostell’s oeuvre is a bitter indictment, present throughout the show, of the current political debate, and even more a wounded lament for human behaviour in times of desperation, fear and death. Vostell tackles the History of a nation and his own story as German citizen by using cold, industrial, non-artistic materials as elements to distress society and for an anthropological refounding of man himself. The superimpositions that the artist achieves through processes of mixing, over-painting and covering the canvas divide the area of the picture, forming a complex texture of associations, concreteness and evocation. In Berlin Fieber he also makes use of manipulated, re-lived lead sheets, which cover and at the same time reveal crude and painful images stolen from the crime section of newspapers: the architecture of metropolis, a woman’s forced eroticism, a man’s desperation. The canvas-objects are a portrait of life, revelations of a condition of suffering and disease of humankind, in which there is no hope, and it is the artist himself who (following his own motto: ‘Art is Life, Life is Art’) takes on the uncomfortable position and shouts against the contemporary world.
The strong emotional component in Vostell’s works is also encountered in Der Fall der Berliner Mauer, a canvas encrusted with various materials, which is part of a larger series produced between 1989 and 1990. Here, the lead and dense pouring of acrylic paint are accompanied by different plastic elements, through a montage aiming at creating a Gesamtkunstwerk: the heavy concrete forms almost unrecognisable human bodies, symbols of anonymity and absence of communication; the l’objet trouvé of a Coca-Cola can becomes a weighty critique to global consumerism; and from behind the painting the television set is revealed (the same set that Vostell has used since the end of the 1950’s): this is the means of communication and for (dis)information par excellence, as well as an Orwellian eye observing us and human baseness, in a post 1989 world that does not celebrate victory but, instead in the absence of redemption, keeps perpetuating the same errors. History’s strong influence, with reference to German history, here becomes the starting point for the real and its representation, thanks to the contamination with different poly-semantic elements which overcome the work’s two dimensions in favour of its three-dimensionality, and which shifts to the background leaving space for something more rational: fear.
Finally, the exhibition also includes the file of engravings and prints V40 (Vostell 40 Jahre alt, 1976): twenty dé-coll/age plus a diagram that present harsh political and social positions as processes of de-construction, change and re-construction. A work of art as regenerator of individual conscience, as creative and social process, so that its graphic multiplicity may facilitate the presence of a fighting art in the unusual areas of artistic expression: areas that are themselves part of the reality that nourishes Vostell’s work. Ten of these works are printed engravings from the photographic documentation of Vostell’s happenings and environments; the other ten are the scores of the happenings, some of which were never produced, printed in twelve colours, representing his first twenty years of artistic activity and creation.
The documentary “Wolf Vostell. Rückblick 1992” will be shown, by kind concession by Mercedes Vostell, Rafael Vostell and David Vostell, © The Wolf Vostell Estate.

Davide Di Maggio has worked with Wolf Vostell for several years. In 2005 he conceived and produced the personal exhibition “dé-coll/age” at the Galerie Davide Di Maggio in Sophienstraße in Berlin; he has also contributed to the organisation of the personal show “Requiem Tedesco” (1990) and to the ample retrospective “Wolf Vostell. Artista europeo” (2010), both held at Fondazione Mudima in Milan. 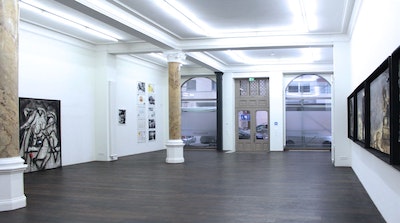 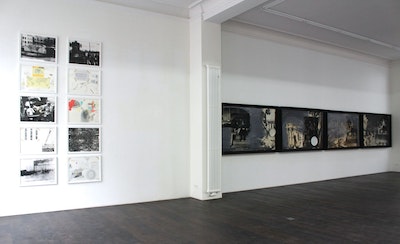 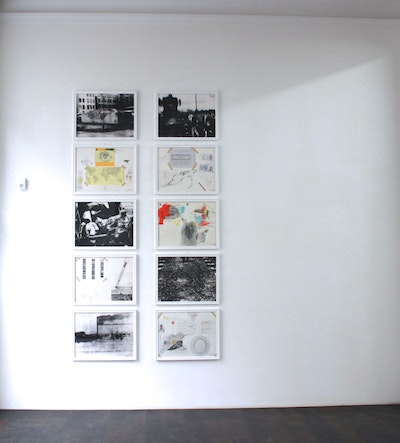 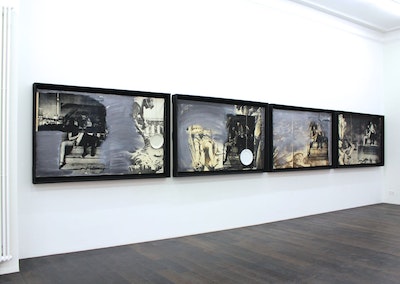 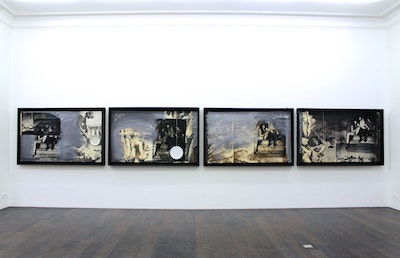 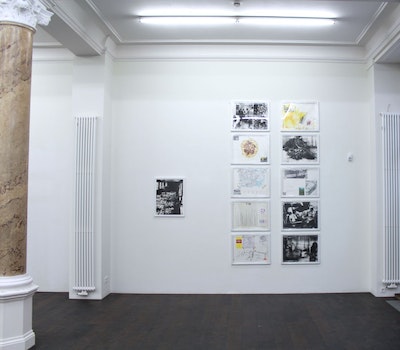 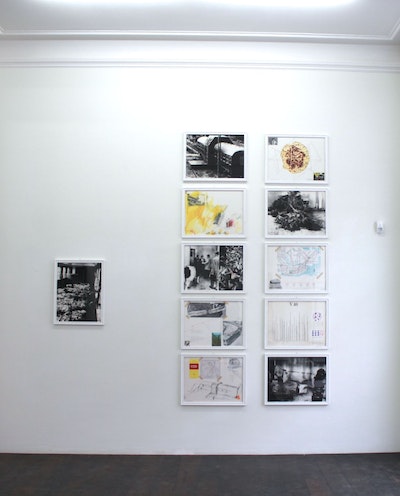 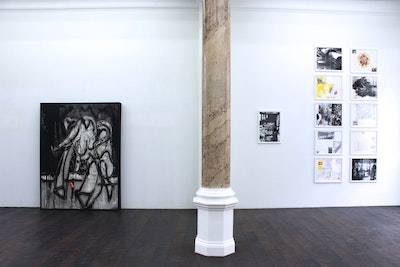 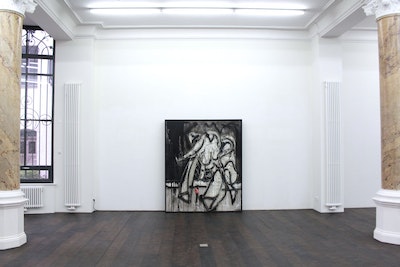 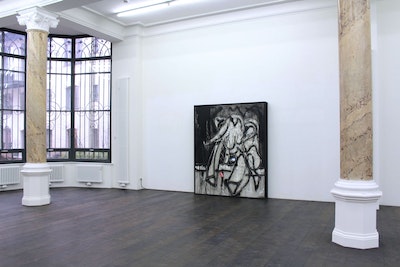 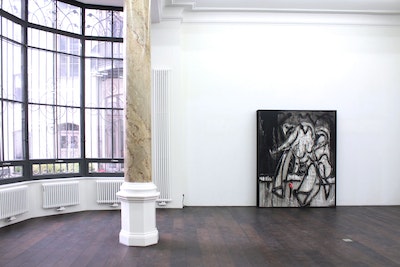 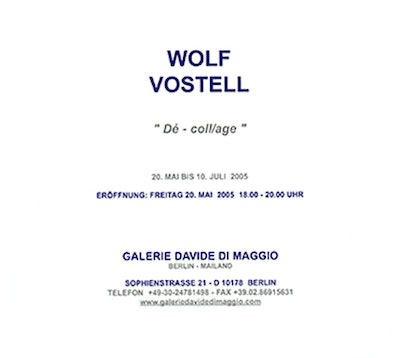