Luca Pignatelli was born in 1962 in Milan, where he lives and works. After studying architecture Pignatelli chooses art and debuts in 1984 in Milan with an exhibition at the Centro San Fedele.
He transforms his first training as an architect in refined aesthetic as seen in the artwork in 1998, the year in which Pignatelli decided to use sheets of rail instead of the traditional canvas on which he paints the face of Aphrodite and war planes.
The choice to use dark and bleak colours on the landscapes as well as other subjects is a leitmotif that emphasizes and loads the subject of symbolic elements.
In Pignatelli’s  artwork, the Greek and Roman icons come to life and are mixed into history recently catapulted into anachronistic and imaginative scenarios, that evoke the charm of archeology and the exploration of a myth.
Therefore, Pignatelli has won the international audience whom find in his artwork at the same time something familiar and as well as scary and unknown.
Pignatelli’s artistic research unfolds between the charm of archeology and the exploration of a myth.
Canvases of old freight cars sewn together on which delineate the skies of ash and dust that comes alive with tears and seams in wide open spaces surrounded by shadows. 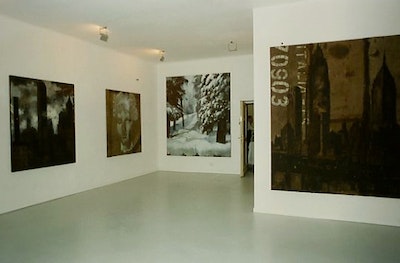 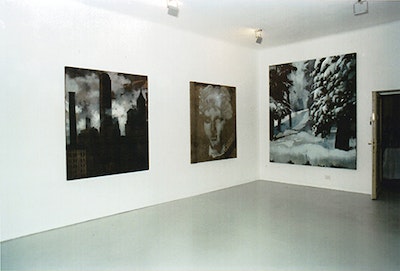 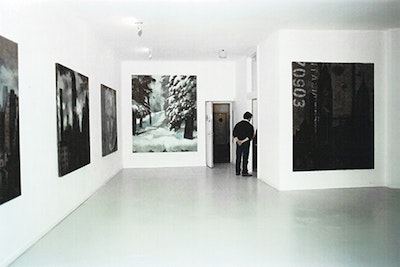 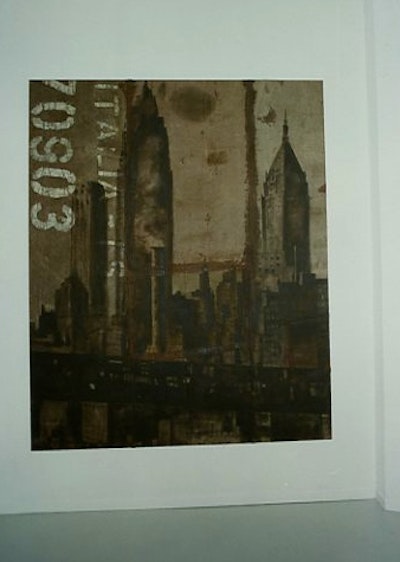 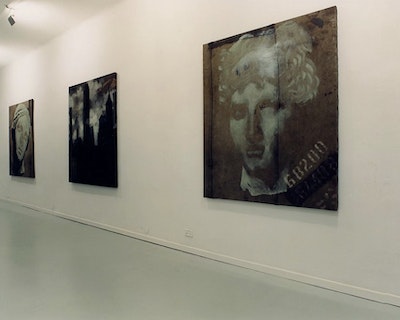 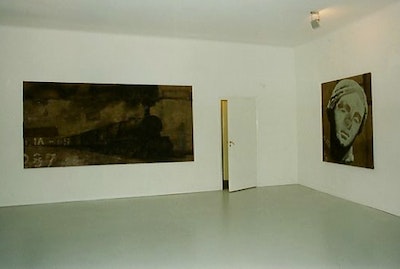