Ciudades Subterraneas. For his first solo show the young Spanish photographer presents a series of ten new large-format photographs and a video piece. In addition to pictures taken in subway stations all over the world, this summer he has prepared a work dedicated to the Berlin subway.

For his first solo show in Berlin the young Spanish photographer presents a series of ten new large-format photographs and a video piece created especially for the exhibition. In addition to pictures taken in subway stations all over the world, this summer he has prepared a work dedicated to the Berlin subway.
The subway suggests a mysterious world of persecutions, interminable corridors, darkness and terror, monsters and lives spent below ground, of love songs ranging from Tirso de Molina to Tribunal, stories of misery and music as a way to survive, emblematic of contemporary metropolises. The very corridors are never the same, in spite of everything they have in common, like tiled walls, steel and plastic, soot from the trains and long underground passages from station to station. They are unreal, impersonal spaces that nevertheless unequivocally remain an essential part of the contemporary city, even if each subway has its own character, from the poverty of the only line in Athens to the infinite number of the Concorde station in Paris, from the modernity of Paris to the old-fashioned chaos of the Roman subway.
There is a true subway culture, witnessed by the self-same changes of the stations, almost a Via Dolorosa of corridors where life still appears unexpectedly in the form of small urban gardens, between the asphalt, in a junction of transit tunnels where the subway becomes a place for getting together, for socializing even if at high speed. And so subway stations serve as meeting places, the incredible hubbub of Chatelet-Les-Halles, the concerts silenced by the Municipality in the tangles of New York. Subway tunnels also serve as markets, as a stage for performing artists, as a meeting place and, at the same time, as place of collective loneliness. A loneliness that, along with the hurry, forms an exasperated state of mind, visible from the early morning hours in the constant flow of trains and people that are conveyed to different stations like blood circulating, reaching an infinity of tunnels, probably in search of a new train.
It is really a matter of a city underneath the city, like that envisaged by Kusturica in Underground, like the one below the ground of Berlin in the Forties. A city upheld by changing speeds, from the frenzied early morning hours characterized by sleepiness and bad temper, to the mid-morning when people travel at leisure in empty carriages, until evening comes and bored passengers look for a seat even if for only one stop. At that time the corridors become interminable, an infinite sequence of straight, slightly sloping stretches. Travelers walk through desolated spaces on their ways to stations whose names allow the great events of history to enter a new dimension, names like Solferino, Waterloo, Ottavio, Bastia and many others.
The subway changes from city to city; every time we encounter a slightly different context, and distracted travelers may lose their bearings by slightly changing indications, as changing colors, the â€œup and downâ€ of Manhattan, or the rapid moving pavements of Montparnasse.
The passenger may even experience astonishment, as when faced with the glass cabins covering the trains of London, technological feats that might have been borrowed from the set of ''2001 a space Odyssey''.
All these corridors, passages within passages, are non-places, if we are to rely on Michel de Certeau who uses this concept to define a kind of negative quality of a place, an absence of a place as such, that calls for this definition. Spaces of solitude, of individual agitation and pure present without possibility of neither past nor future, spaces where there is nothing but the individual and his or her loneliness.
Also Marc AugÃ©, in his â€œNon-places. Spaces of anonymityâ€ of 1992 dedicated a separate chapter precisely to the subway, titled â€œThe underground passengerâ€, in which he significantly considers the subway â€“ a category linked to our contemporary world â€“ a non-place par excellence.
RaÃºl BelinchÃ³n was born on 29 November 1975 in Valencia, where he lives and works.
He won the third place of this yearâ€™s World Press Photo Prize/Arts and Entertainment Stories; in 2004 he also won the First Prize of the Fuji Euro Photo Awards.
In 2004 he has shown in Murcia, Madrid and Valencia. In February 2005 he will hold his first individual exhibition in Milan, at the Davide Di Maggio Gallery.
The exhibition will remain open until 24 January 2005. The artist will be present during the opening.
Hours: from Tuesday until Saturday from 11,00 AM until 6 PM. 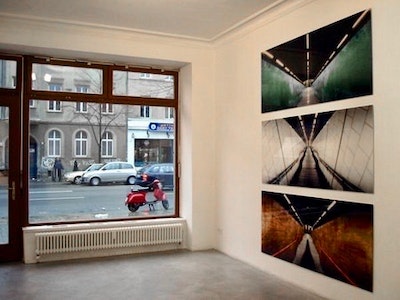 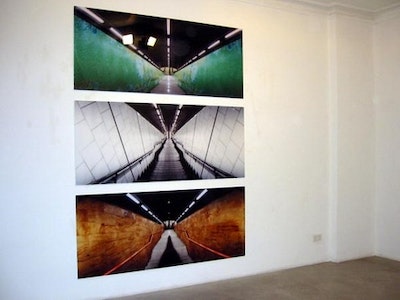 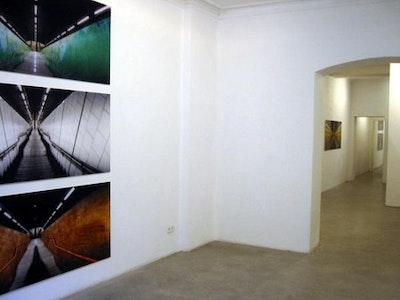 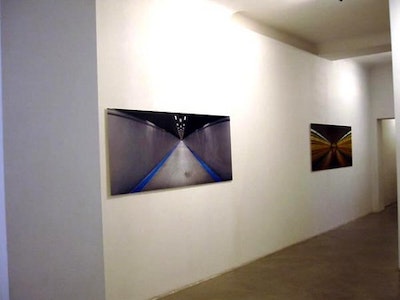 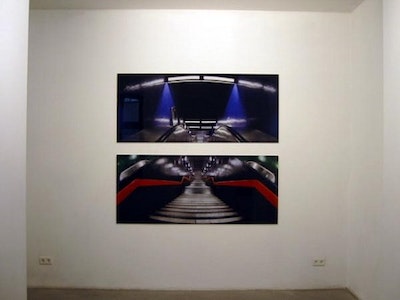